I have a vintage bowler hat that actually fits me (I think it might be a kids’ hat), and I had the perfect excuse to wear it on Sunday night!

My vintage bowler (or derby) hat.

The inside crown label says it was made by Dunn & Co. in Great Britain.  There are other things like “Lightweight” and “Piccadilly Circus – London” stamped on the leather band around the inside edge. 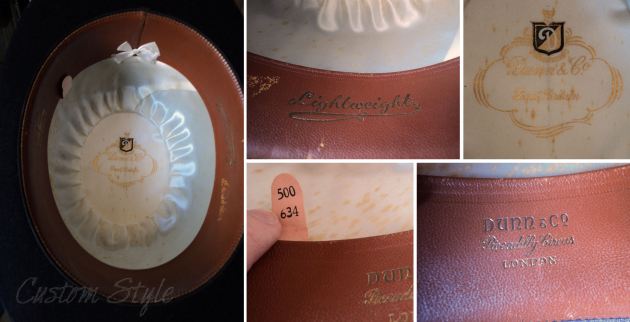 The inside of the hat.
It might be a size 6 ¾ if the label “634” translates into a fraction
(which would make since according to my head measurement).

My church has a wonderful Fine Arts/Concert Series organized by our Organist & Director of Worship Benjamin Kolodziej (ko-LO-jee).  Sunday night’s concert was a special treat – a silent movie with live pipe organ accompaniment!  (Yes, my little church has a real pipe organ!)

The film shown was The General from 1926 starring Buster Keaton accompanied with an original score by Mr. Kolodziej.  It is a fantastic comedy with crazy stunt work and a huge number of extras.  It was quite impressive from a moviemaking point-of-view.  What made it magic was that there was no “magic” trickery like there is in modern movies; they set up a camera, performed amazingly dangerous stunts involving stream-powered locomotives, and coordinated hoards of people & horses to play Civil War soldiers – all often in single takes!

It was so much fun to see the film in such an authentic style with live music and to hear the children in the audience laughing just as much as the adults!  It’s a great piece of cinematic history – I highly recommend renting it from Netflix if you have an account.

Benjamin never misses a chance to wear a fun hat, so I knew I’d have a chance to get a photo of us both wearing our bowlers afterwards. 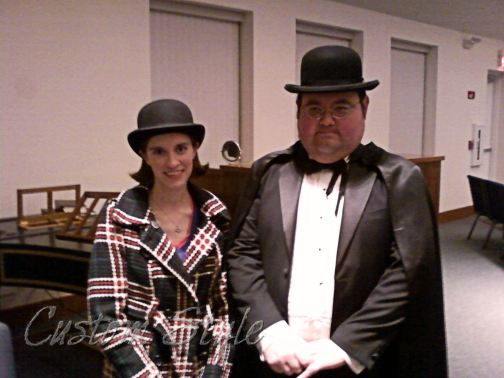 Bad lighting + cell phone camera = not so great picture.  However, it’s infinitely better when you can use fun photo editing effects like “Aged Newspaper”. 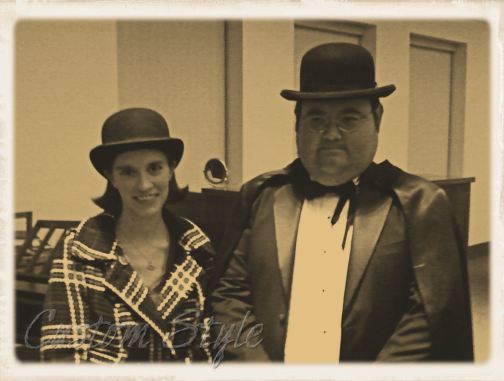 To improve the bad quality, I chose “aged 80 years” and added a border.

But my favorite version of the picture is the cropped and oval framed version of Benjamin by himself: 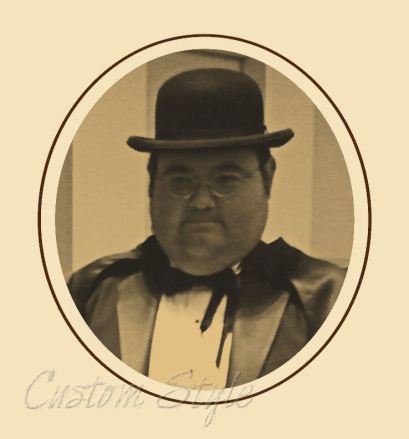 In May, there’s going to be a concert titled “Titanic at 101: Music of the Edwardian Age” – perhaps I should plan on a Downton Abbey inspired outfit… 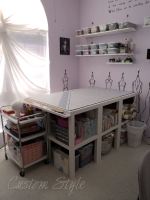